Election Day has passed and we know either who is our next President or it will be decided in the next few days.  This particular year we have all endured life during a global pandemic, climatic disturbances, racial tensions, and a series of divisive public messages.

On top of it all, there was a presidential election added to the mix.  It has been an election dividing families, friends, communities and workplace relationships. As HR consultants, we have seen “election distress disorder” manifest in more anger and frustration than in any other election year we have ever lived through.  Employees vent their personal feelings, flooding their opinions on social media and showing concern over the potential outcome.  One employee told me “This election is literally killing me!”.

The term “election stress disorder” was first publicly coined in 2016 by Steven Stosny, PhD, a psychologist who used the term in an article about him being overwhelmed with distress calls from patients during the 2016 election.  His patients were so stressed over the election that it was interfering with their ability to function in their personal and professional lives.  Although the term is not an actual medical diagnosis, there is evidence the “disorder” is a real thing.

We dealt with one complaint where an employee sent emails to fellow employees with contrary opinions stating, “If you don’t vote for Trump, we’re not friends anymore.”  We have had to intervene on a whole host of situations involving employees’ personal attacks, insults, shaming and predictions of doomsday scenarios. In another case, three employees were shouting at each other over cubicles about who they were voting for.  The entire office was disrupted, and the manager didn’t know what to do. He tried talking to them, but mirroring the state of our country, they couldn’t get beyond their pollical differences.

As a result, employers are seeking advice to deal with workplace aggression, bullying, and harassment.  We confirmed incidences are on the rise and we warn that inaction will result in lower productivity, poor morale, and higher turnover rates.  The facts show toxic offices increase sick leave usage and workers in those kinds of environments show less enthusiasm, reduced creativity, and lower productivity.

Solutions generally involve leadership seeking ways to identify negative and abusive employees.  A trained person in employee relations can attempt to help employees overcome their differences.  In the case of the screaming match, our certified coach provided professional coaching to the employees and our certified mediator worked with management to implement a conflict resolution plan.

It is important to note that while uncivil behavior such as insults, yelling and fights are easy to spot, some negative behaviors are not so obvious.  Negative behaviors can include leaving work early, long breaks, sabotaging equipment, lying, stealing, favoritism or gossiping about coworkers.  Victims are more often seeking legal counsel or filing complaints to state/federal agencies.  Even though incivility isn’t illegal, it can still cause employees to feel demoralized, targeted and depressed.

Some employers may believe these types of conflicts just resolve themselves.  We have heard them say, “Why can’t they just all get along?”  We even saw an “All Employees” email sent out by an Owner stating just that.  Oh, how we wish it were that easy!  Those employers are many times forced to confront these issues when it suddenly gets out of control.  We have seen employees cause physical damage to company property or lawsuits involving harassment, stalking and physical threats.  In the end it ends up costing them a lot more money than hiring a consultant.

With the intensity of this election, some viewing it as an attack on their cultural values, leadership should be prepared with a plan if all hell breaks loose.  A zero tolerance for uncivil behavior is a must.  Provide rules and expectations regarding a workplace that values dignity and respect in all dealings with each other at all times.

Although civility may be a larger societal issue, employers will still need to figure out solutions if they get caught up in it.  More frequent and positive messages regarding the company, its products, and its customers should replace election banter.  Provide employees with a safe place to discuss negative feelings or incidents of uncivil behavior. Bring in wellness professionals or mental health resources and provide training on workplace bullying.

Employers should not be afraid to put boundaries on how employees interact with each other, especially when it supports treating each other with dignity and respect at all times- no matter who’s elected. 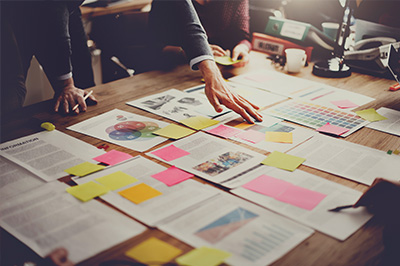 Our HR Consultants bring value to your company by finding ways to lower costs and streamline processes.Get Started